3. Miloslav Samardzic: „The Kingdom of Yugoslavia in World War II“

Available for the first time are previously unseen photographs and documentary film footage of the war as well as eyewitness testimonies.  All episodes are subtitled in English. Trailer:

The film contains the testimonies of eight banished Chetniks interwoven with clips of the areas in which they were located along with their photographs. WRITTEN AND DIRECTED BY: Miloslav Samardzic. PRODUCTION: Pogledi. KRAGUJEVAC, SERBIA, 2018. Duration: 32,5 min. Trailer:

The untold epic documentary of a WWII hero, with testimonies from American
experts, along with authentic clips and as yet unseen archival footage in HD resolution juxtaposed with locations in the present day where crucial events took place during WWII. This is the first documentary that sheds new light on General Draza Mihailovic, and exposes the fabricated history written by the post-war Yugoslav regime.
Written and directed: Miloslav Samardzic. Producer: Milisav Cumic. PRODUCTION: Pogledi. and OSC ”Ravna Gora”. Year: 2019. Language: English. Duration: 114 min. English preview:

The TV series The Written-Off (Otpisani) and the film Walter Defends Sarajevo (Valter brani Sarajevo) were among the best cinematographic works in Socialist Yugoslavia. In the series, the achievements of the Communist secret fighters during the Second World War were put on screen and the same was done for the aforementioned film except in that case it was Sarajevo. The real Walter however was Major Zarko Todorovic, the commander of the secret fighters of General Draza Mihailovic in Belgrade. Operation Walter was the largest operation led by the Gestapo in the Balkans and in the operation, amongst the Belgrade secret fighters, a false Walter was inserted. There were so many of Todorovic’s accomplishments that some of them were “leant” to Sarajevo and all of them were attributed to the Communists.
In the film Belgrade Underground Resistance (in Serbian: Заиста отписани), the story is reconstructed and based on original, above all German, documents.
Trailer: 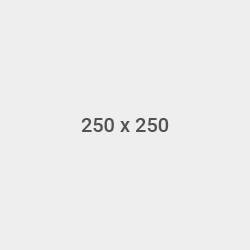